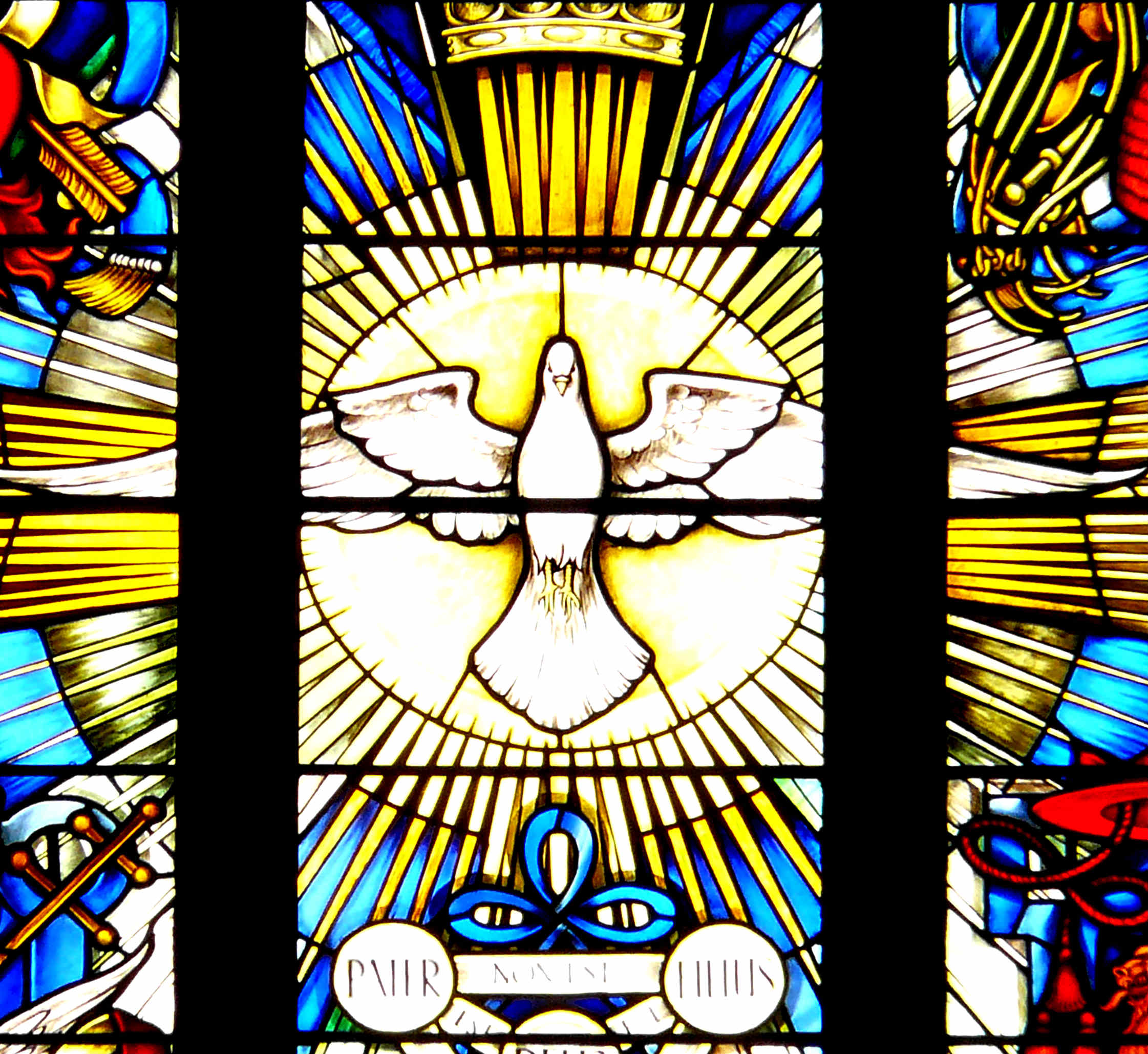 When the time for Pentecost was fulfilled,

they were all in one place together.

And suddenly there came from the sky

and it filled the entire house in which they were.

Then there appeared to them tongues as of fire,

which parted and came to rest on each one of them.

And they were all filled with the Holy Spirit

and began to speak in different tongues,

as the Spirit enabled them to proclaim.

Now there were devout Jews from every nation under heaven staying in Jerusalem.

At this sound, they gathered in a large crowd,

but they were confused

because each one heard them speaking in his own language.

They were astounded, and in amazement they asked,

“Are not all these people who are speaking Galileans?

Then how does each of us hear them in his native language?

We are Parthians, Medes, and Elamites,

inhabitants of Mesopotamia, Judea and Cappadocia,

Pontus and Asia, Phrygia and Pamphylia,

Egypt and the districts of Libya near Cyrene,

as well as travelers from Rome,

both Jews and converts to Judaism, Cretans and Arabs,

yet we hear them speaking in our own tongues

of the mighty acts of God.”

No one can say, “Jesus is Lord,” except by the Holy Spirit.

There are different kinds of spiritual gifts but the same Spirit;

there are different forms of service but the same Lord;

there are different workings but the same God

who produces all of them in everyone.

To each individual the manifestation of the Spirit

is given for some benefit.

As a body is one though it has many parts,

and all the parts of the body, though many, are one body,

For in one Spirit we were all baptized into one body,

whether Jews or Greeks, slaves or free persons,

and we were all given to drink of one Spirit.

And from your celestial home

Shed a ray of light divine!

Come, Father of the poor!

Come, source of all our store!

Come, within our bosoms shine.

You, of comforters the best;

You, the soul’s most welcome guest;

In our labor, rest most sweet;

Grateful coolness in the heat;

Solace in the midst of woe.

Shine within these hearts of yours,

And our inmost being fill!

Where you are not, we have naught,

Nothing good in deed or thought,

Nothing free from taint of ill.

Heal our wounds, our strength renew;

On our dryness pour your dew;

Wash the stains of guilt away:

Bend the stubborn heart and will;

Melt the frozen, warm the chill;

Guide the steps that go astray.

On the faithful, who adore

And confess you, evermore

In your sevenfold gift descend;

Give them virtue’s sure reward;

Give them your salvation, Lord;

Give them joys that never end. Amen.