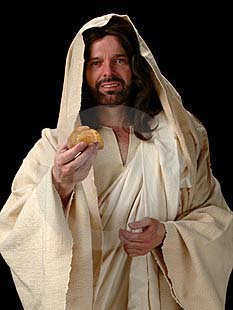 The word of the Lord came to me, saying,

5 “Before I formed you in the womb I knew[a] you,
before you were born I set you apart;
I appointed you as a prophet to the nations. ”

7 But the Lord said to me, “Do not say, ‘I am only a child.’ You must go to everyone I send you to and say whatever I command you. 8 Do not be afraid of them, for I am with you and will rescue you,” declares the Lord.

9 Then the Lord reached out his hand and touched my mouth and said to me, “Now, I have put my words in your mouth. 10 See, today I appoint you over nations and kingdoms to uproot and tear down, to destroy and overthrow, to build and to plant.”

“I see the branch of an almond tree,” I replied.

12 The Lord said to me, “You have seen correctly, for I am watching[b] to see that my word is fulfilled.”

“I see a boiling pot, tilting away from the north,” I answered.

14 The Lord said to me, “From the north disaster will be poured out on all who live in the land. 15 I am about to summon all the peoples of the northern kingdoms,” declares the Lord.

“Their kings will come and set up their thrones
in the entrance of the gates of Jerusalem;
they will come against all her surrounding walls
and against all the towns of Judah.
16 I will pronounce my judgments on my people
because of their wickedness in forsaking me,
in burning incense to other gods
and in worshiping what their hands have made.

17 “Get yourself ready! Stand up and say to them whatever I command you. Do not be terrified by them, or I will terrify you before them. 18 Today I have made you a fortified city, an iron pillar and a bronze wall to stand against the whole land—against the kings of Judah, its officials, its priests and the people of the land. 19 They will fight against you but will not overcome you, for I am with you and will rescue you,” declares the Lord.

Love is patient, love is kind. It does not envy, it does not boast, it is not proud. 5 It is not rude, it is not self-seeking, it is not easily angered, it keeps no record of wrongs. 6 Love does not delight in evil but rejoices with the truth. 7 It always protects, always trusts, always hopes, always perseveres.

8 Love never fails. But where there are prophecies, they will cease; where there are tongues, they will be stilled; where there is knowledge, it will pass away. 9 For we know in part and we prophesy in part, 10 but when perfection comes, the imperfect disappears. 11 When I was a child, I talked like a child, I thought like a child, I reasoned like a child. When I became a man, I put childish ways behind me. 12 Now we see but a poor reflection as in a mirror; then we shall see face to face. Now I know in part; then I shall know fully, even as I am fully known.

13 And now these three remain: faith, hope and love. But the greatest of these is love.

21 and he began by saying to them, “Today this scripture is fulfilled in your hearing.”

22 All spoke well of him and were amazed at the gracious words that came from his lips. “Isn’t this Joseph’s son?” they asked.

23 Jesus said to them, “Surely you will quote this proverb to me: ‘Physician, heal yourself! Do here in your hometown what we have heard that you did in Capernaum.’”

24 “I tell you the truth,” he continued, “no prophet is accepted in his hometown. 25 I assure you that there were many widows in Israel in Elijah’s time, when the sky was shut for three and a half years and there was a severe famine throughout the land. 26 Yet Elijah was not sent to any of them, but to a widow in Zarephath in the region of Sidon. 27 And there were many in Israel with leprosy[f] in the time of Elisha the prophet, yet not one of them was cleansed—only Naaman the Syrian.”

28 All the people in the synagogue were furious when they heard this. 29 They got up, drove him out of the town, and took him to the brow of the hill on which the town was built, in order to throw him down the cliff. 30 But he walked right through the crowd and went on his way.

Fourth Sunday of Easter (B)

7th Sunday in Ordinary Time (A)